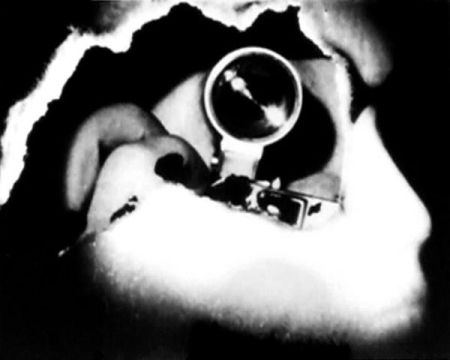 
The view through the lens may be blurred or defined – focused or unfocusfocused or unfocused – depending on what you think you know; what you imagine you see; what you learn to look for: what you are told is visible.
- Lis Rhodes
Since the 1970s, Lis Rhodes has been making radical and experimental films that challenge the viewer to reconsider film as a medium of communication and the presentation of image, language and sound. This exhibition, which takes its title from Lis Rhodes's text "Dissonance and Disturbance", presents films that encompass performance, photography, composition, writing and political commentary.
Films through out Lis Rhodes' career will be presented at the ICA, from Dresden Dynamo (1972) and Light Reading (1978), to more recent works such as the Hang on a Minute series (1985), A Cold Draft (1988), In the Kettle (2010) and Whitehall (2011).
Lis Rhodes makes no clear differentiation between form and content, and immersive and emotional involvement of the audience is integral to the work. She includes fragmentary passages of typeset, handwriting, strips of film negatives, geometric shapes and documentary footage. Soundtracks fade in and out, leaving long passages in silence and other overlaid with a multiplicity of voices.
In Dresden Dynamo, a film made without a camera, the physical marks made by Lis Rhodes onto the celluloid stretch where the projector reads the optical soundtrack, resulting in sound drawings in which what is heard is seen and what is seen is heard. Light Reading, had been described as a new direction for film, a technical and aesthetic tour de force of rapide fire editing, myriad techniques and a text which both manipulates and questions the structure of language and representation. Lis Rhodes is presenting her most recent works In the Kettle and Whitehall, together with A Cold Draft, within a two screen installation for which she is creating a shared soundtrack.
Her films have continued to analyze complex social and political processes and challenge the ownership of the official historic narrative. The films include ruptures that impede the flow of reading, stumbling stones that alert the viewer to the constructing elements of image. Thematically, the films deal with the assemblage of femaile identity, social injustices, oppression, surveillance, protest culture and the language of dissent; to quote Lis Rhodes herself, "it is dangerous to step out of line, but lethal not to."
Lis Rhodes has exhibited widely at film festivals over the last three decades but rarely within a gallery setting. A notable exception was in 2009, when she exhibited Light Music (1975) in the oil tanks at Tate Modern. This exhibition marks her wider recognition as a seminal artist within both the visual arts and film.
Pubblicato da ocrablog a 22:57