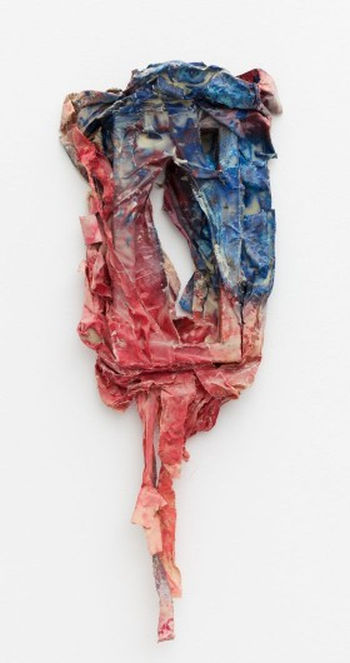 ‘For me my sun is, like all paintings, a functional object for seeing, for feeling, for dreaming, for understanding.’ In these words Michael Buthe describes his central, recurrent motif. With bright colours or gleaming gold, the artist collects the whole world, in fact the whole cosmos, within the circle of this heavenly body: taking his lead from German Informal Art and American Minimal Art he is fascinated by non-European cultures, counters the cool concept of Minimalism with pronounced sensuality, and seduces the viewer into asking spiritual as well as social questions.
Jean-Christophe Ammann first showed the work of the globetrotter, who discovered the art and life of Africa and the Far East on many trips to those areas, at Kunstmuseum Luzern in 1974. Since then many more of his works have entered the collection. The retrospective brings together archaic-looking assemblages, brightly coloured works on paper and intensively treated canvases, collages and paintings in gold. Michael Buthe’s spatial work also becomes accessible through installations which, in their opulence, address all the viewer’s senses.