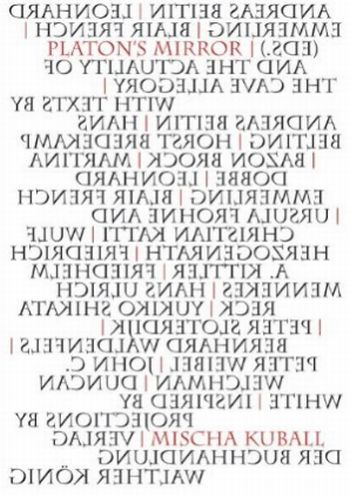 In Platon's Mirror Kuball draws upon one of the most influential stories within European literature: Plato's allegory of the cave in Book 7 of The Republic in which the philosopher draws a distinction between two forms of reality: the reality of the visible world and the (true) reality of ideas.
Kuball presents simple yet highly effective installations using projectors, silver foil, photographs and videos that create perceptual and experiential spaces analogous to that of Plato's cave. In doing so he translates the complex relationships among light source, reflection, silhouettes, and representation into seemingly endless stages of mediation, within which reality is continually newly constituted as the reality of its reflection.
Pubblicato da ocrablog a 23:37