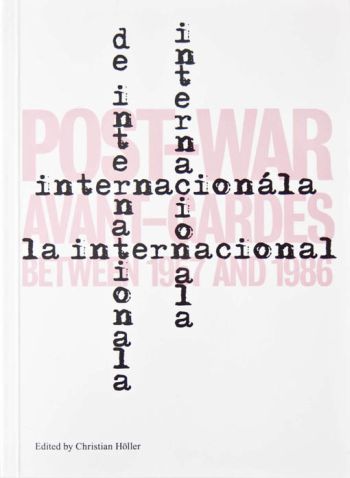 L’Internationale is a trans-institutional network of five major European museums and artists’ archives: Moderna galerija Ljubljana; Július Koller Society Bratislava/Vienna, MACBA Barcelona, Van Abbemuseum Eindhoven, and M HKA Antwerp.
Taking as its starting point these five museums and their respective collections, this publication presents a wide range of case studies, historiographical and theoretical essays that reconsider a period in art history that, according to the established canon, has been almost exclusively dominated by Western Europe and North America.
In questioning this canon the publication works to acknowledge the existence of, and to explore, a dispersed, multi-polar, and at times interconnected neo-avant-gardist field that existed (long) before it became common to think according to frameworks of globalisation or trans-nationalism.
Pubblicato da ocrablog a 23:38