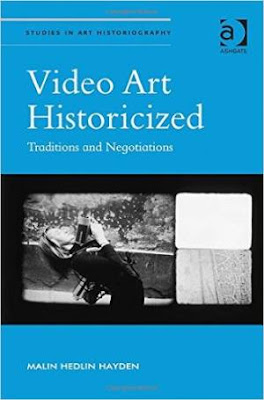 Video art emerged as an art form that from the 1960s and onwards challenged the concept of art - hence, art historical practices. From the perspective of artists, critics, and scholars engaged with this new medium, art was seen as too limiting a notion. Important issues were to re-think art as a means for critical investigations and a demand for visual reconsiderations. Likewise, art history was argued to be in crisis and in need of adapting its theories and methods in order to produce interpretations and thereby establish historical sense for moving images as fine art. Yet, as this book argues, video art history has evolved into a discourse clinging to traditional concepts, ideologies, and narrative structures - manifested in an increasing body of texts. Video art historicized provides a novel, insightful and also challenging re-interpretation of this field by examining the discourse and its own premises. It takes a firm conceptual approach to the material, examining the conceptual, theoretical, and methodological implications that are simultaneously contested by both artists and authors, yet intertwined in both the legitimizing and the historicizing processes of video as art. By engaging art historya (TM)s most debated concepts (canon, art, and history) this study provides an in-depth investigation of the mechanisms of the historiography of video art. Scrutinizing various narratives on video art, the book emphasizes the profound and widespread hesitations towards, but also the efforts to negotiate, traditional concepts and practices. By focusing on the politics of this discourse, theoretical issues of gender, nationality, and particular themes in video art Malin Hedlin Hayden contests the presumptions that inform video art and its history.