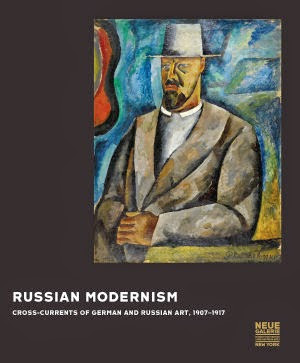 This book explores the direct connections and collaborations of German and Russian artists and the affinities between both countries' artistic development. Russian Modernism maps the Russian version of expressionism and puts it in the context of the history of 20th century art. Russian Modernism is dedicated to the radical modernist movements in Russian and German art during the early years of the 20th century. Their development was parallel and often intertwined. Artists such as Vasily Kandinsky or Alexej von Jawlensky are claimed by the Germans but remain Russian artists for the Russians. The Burluk brothers, who became celebrities of the Russian radical art scene, participated in the first exhibition of the Blauer Reiter. Russian artists travelled to Germany and lived there, while their German counterparts were aware of what was shown in Moscow exhibition halls. The diverse art movement "expressionism" was formed in Germany at the beginning of the 1910s and was given the name by the critic Herwarth Walden. Members of groups such as Die Brücke and the Blauer Reiter were initially influenced by the French Fauves movement, and their Russian contemporaries also tried to find new artistic truth in Paris, 'la Ville Lumière'. However, both in Germany and Russia the new French influence underwent radical transformation. Beautifully illustrated and designed, this book provides an insight into the work of Russian and German artists in the early years of the 20th century.

Konstantin Akinsha is a contributing editor for ARTnews magazine, New York, as well as a Research Fellow at the Germanisches Nationalmuseum, Nuremberg, Germany. He has written a number of books, including The Holy Place (2007) (co-authored with Gregorii Kozlov) and The Funeral of the Revolution (2008).