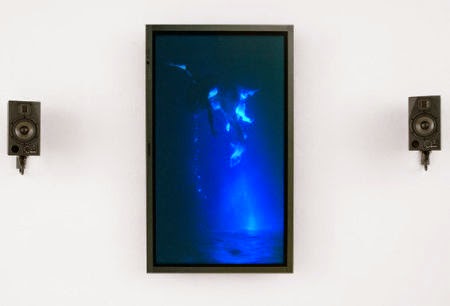 Pace Hong Kong is pleased to present Chewing Gum, a group exhibition of artists from across generations and nationalities. The exhibition will be on view from 12 May to 3 June 2015. An opening reception will be held Tuesday 12 May from 6 to 8 p.m. and open to public.
Against teleological modes of eating, chewing gum stresses the moment of taste and texture. This notion unites the group of artists in the exhibition, all of whom have highly process-oriented practices in media such as installation, painting, photography, sculpture and video, dwelling on ideas of production and meditation.
In his seminal 1967 text “Paragraphs on Conceptual Art,” Sol LeWitt wrote, “No matter what form [a work] may finally have it must begin with an idea. It is the process of conception and realization with which the artist is concerned.” A 1998 gouache by LeWitt highlights the interplay between lyricism and conceptual apparatuses in the artist’s work. LeWitt’s idea-based approach to art confronts notions of play in Turner Prize-winner Keith Tyson’s Fractal Dice sculpture. Tyson forfeits subjective decisions to chance, creating boldly colored geometric sculptures whose appearance is conditioned by the roll of a six-sided die. In ceding control, Tyson’s sculptures meditate on the relationship between stochastic functions and expressiveness.
A late work by the painter Elizabeth Murray highlights her spirited and ebullient style of abstraction. Murray’s work builds on the legacy of early twentieth-century Modernist movements such as Cubism and Expressionism, funneling them into her own language that is equally concerned with psychology and the quotidian.
Xiao Yu’s reinterprets the rich twentieth-century tradition of monochrome painting in his inventive use of material in his 2012 work Seasoning Material. Born in Mongolia and based in Beijing, Xiao eschews paint, using chili pepper and silicone to coat his canvas, inviting cultural and technological readings of his work. Vik Muniz similarly questions medium-specific determinations in his photographs, which recreate iconic images in unlikely, often “low” materials. His work in the exhibition recreates a photograph of Piet Mondrian’s studio by the Hungarian-American photographer André Kertész. Muniz reduces the original sepia-toned photograph to greyscale, adding textures and stripping away elements that evoke a de Stijl aesthetic as well as Kertész’s photographic sensibility.
A key figure in the Light and Space movement, James Turrell highlights vision and optics in his meditative manipulations of visual phenomena. Chewing Gum will feature an iconic hologram by the artist that was featured in the Los Angeles County Museum of Art’s presentation of his sweeping three-venue retrospective in 2013. Bill Viola’s video Isolde’s Ascension (The Shape of Light in the Space After Death) evinces themes from the pioneering American video artist’s year-long study of Buddhism in Japan. Created for a production of Wagner’s opera Tristan and Isolde, Viola’s video employing slow, archetypal imagery in service of these themes such as transcendence and agony as it meditates on life cycles and notions of rebirth and healing.