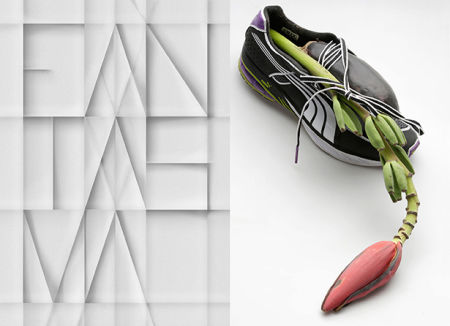 Moderna Museet presents the first exhibition of the Argentinian artist Adrián Villar Rojas in Scandinavia. Villar Rojas compares his practice to a virus that lives in and off the art world. Although his works are rarely overtly political, they are ideologically charged in how they are produced and positioned outside any economy. Time as the catalyst to which all matter reacts is essential to Villar Rojas’s entire approach. His works in organic materials have a radical ending inscribed, as in dramas or in life itself—they sprout, change and disintegrate.

“The project we are doing for Moderna Museet is full of uncertainties. I am very interested in the idea of what would be the last artwork. The remains of art, not the ruins of the future.”
–Adrián Villar Rojas

Adrián Villar Rojas (born 1980) is based in Rosario, Argentina, but works and travels incessantly with his team of collaborators. Following a period of conceptual work and research a team is tailored for the production at hand, an endeavour that may require months of on-site work. Several of the team members have a background as artists; others are craftsmen—fuelling the developing project with their own creativity. Altering the position of his nomadic studio to that of a theatre stage or film set, Villar Rojas has compared his role to an artistic director or leader of an ensemble. Carefully casting and writing the role of his crew into the script of the work; meanwhile questioning and challenging notions of both ownership and authorship. Villar Rojas is best known for his site-specific, often monumental works in unfired clay and other organic materials, such as moss or fruit, integrated with sneakers, cutlery or tablet computers. His time-based installations build worlds we have never seen before, places we have never been to. Villar Rojas describes his practice as organic. An idea, channelled via discussions and collaborators, grows into a piece, an exhibition, an inclusive performance. All is part of the work—from concept and experiment, to production and final deterioration.
“Adrián Villar Rojas’s works undertake an elliptic time voyage that undoes the notion of the finished, completed work. His objects embark on a movement towards dissolution the moment they are created, yet can be seen as something entirely new in every phase. Another kind of alchemical process is also at play here, transforming the simple materials into precious objects,” says curator Lena Essling.
In Fantasma we encounter an enhanced museum environment, its surreal dimensions and artificial light are suggestive of a mausoleum. A setting shaped by sealed chambers and blind alleys, both spatial and ideological, and centering on a collection of rare objects in metamorphosis. The exhibition title, Fantasma—ghost in Spanish—covers several aspects of memory and absence. At the core is an exploration of the memory surrounding and shaping objects, where each work can be understood as a recording device, tracing its experiences. The exhibition also embraces another of Villar Rojas’s obsessions—disappearance. Not least the void after artistic projects that no longer exist in the material world but have been reduced to reminiscences and documentation.

Adrián Villar Rojas – Fantasma includes installation, photography, objects and film, of which several pieces have been produced for the exhibition. It presents a number of works and fragments of works, including A War on Earth (2015), Pieces of the People We Love (2007), Ghost (2015), Two Suns (2015) and The Theatres of Saturn (2014).